How to Write Acrostic Poetry With Kids

April is National Poetry Month and we’ve celebrated by reading poetry books so far. I decided to take it a step further and try writing some poetry. We are starting with acrostic poems and I’ll tell you more about that in a minute, but first I want to talk about this project.

I’ve partnered with Carla of Preschool Powol Packets as she has coordinated a group of bloggers to bring you a month-long celebration of poetry. Be sure to check out the other posts in the series!

What is Acrostic Poetry?

An acrostic poem uses the letters of a topical word to start the lines for the poem. An example:

Yes, that beauty is all mine. Once upon a time I fancied myself a poet, don’t you know it?

There can be more to acrostics, but for the sake of our post, simple works. You can read more on Wikipedia about acrostics (yes, I know I just linked to Wikipedia…the shame…).

Write a Simple Acrostic Poem to Get Started

A simple way to do this with kids is to have them write their name vertically down a piece of paper, then use each letter to find words that describe them. They do not have to rhyme. Here’s an example:

Another Vicki Arnold original. I’m on a creative roll today. Snort. (I like to keep my writing authentically me…I snort when I laugh.)

Now it is time for you to have fun with your kids. I’ve included a printable pack for you to print out and have fun creating some spring time inspired acrostics. You can round out your time by reading some silly poetry with the kids to inspire them that poetry doesn’t have to be a droll process.

Celebrate National Poetry Month with your kids and have them write some of their own poetry. Over on Preschool Powol Packets, there is a form to fill out to submit your child’s poetry. Some information from the page:

Poems will be judged on creativity, originality, style, and language.  Judging may be subjective and all decisions are final.  This year’s contest will be judged by the lovely Becky at This Reading Mama.  All entries will be anonymized and winning entries will be published on host blogs with the child’s first name only.  Prizes will be awarded to the first place winner in each age category.  All entrants will also receive a downloadable/printable participation bookmark! PLEASE NOTE: PRIZES CAN ONLY BE SHIPPED TO ADDRESSES IN THE CONTINENTAL UNITED STATES.

Sponsors of the Contest 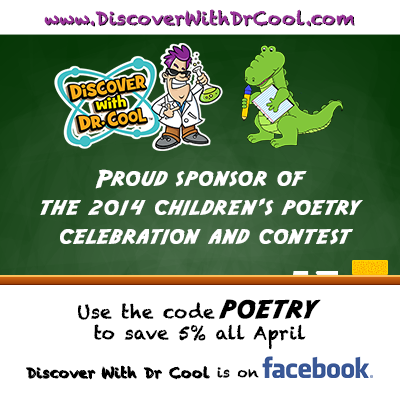 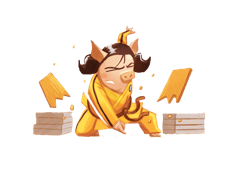 Don’t forget to enter my giveaway for a sweet poetry book, too!

Preschool Powol Packets ~ Homeschool Encouragement ~ Brave Writer’s Life in Brief ~ Word Traveling ~ The Measured Mom ~ Wildflower Ramblings ~ Line Upon Line Learning ~ Teach Beside Me ~ Living to Learn ~ the Vicki Arnold Blog ~ School Time Snippets ~ Creekside Learning ~ Are We There Yet ~ Look at What You Are Seeing ~ Look! We’re Learning! ~ Our Homeschool Studio

April is National Poetry month, did you know that? That is actually one of the first things I learned when I started writing online. I’ve learned a lot over these last several years, some of it is even useful!

To kick off National Poetry month here on the blog, I have a fun list of 12 poetry books for kids. Their parents just might enjoy them as well. And since I’ve picked mine up from the library, I’m including the Dewey decimal number for each book, too.

Shiver Me Timbers! Pirate Poems & Paintings poems by Douglas Elorian, pirates by Robert Neubecker (j811.54 F635pi 2012) – All sorts of pirate-y hijinks in this one. For some reason, it makes me think of The Pirates Who Don’t Do Anything.

Outside the Box: A Book of Poems by Karma Wilson, illustrated by Diane Goode (j811.6 W746o 2014) – Another new arrival at our library. Also reminds me of Shel Silverstein.

Poetry for Young People: Henry Wadsworth Longfellow edited by Frances Schoonmaker, illustrated by Chad Wallace (j811.3 qL853Xs 1998) – Classic poetry with a short biography of the poet in the beginning.

Papa is a Poet: A Story About Robert Frost by Natalie S. Bober, illustrated by Rebecca Gibbon (j811.52 qF939Zbo 2013) – The story of Robert Frost from the perspective of one of his children. A selection of Frost’s poetry is also included. I love the illustrations of this book, the colors are lovely.

Father, We Thank You by Ralph Waldo Emerson, illustrated by Mark Graham (j811.3 qE53f 2001) – The paintings that illustrate this poem are soothingly beautiful. I do believe this one will be finding a permanent home on our bookshelves. It’s lovely.

More Pocket Poems selected by Bobbi Katz, illustrated by Deborah Zemke (j811.008092 qM836 2009) – Some of these are really short, like two words short. These would be good for Poem in Your Pocket Day.

Home on the Range: Cowboy Poetry selected by Paul B. Janeczko, pictures by Bernie Fuchs (j811.008032 qH765 1997) – If you have a cowboy in your home, he might enjoy this one. It just goes to show that you can find poetry for just about anyone, even rugged cowboys.

Noisy Poems for a Busy Day by Robert Heidbreder, illustrated by Lori Joy Smith (j811.54 qH4651n 2012) – This is a fun one that is reminiscent of Dr. Seuss with made up words and wording that just seems to move.

Animal Tracks: Wild Poems to Read Aloud by Charles Ghigna, illustrated by John Speirs (j811.54 qG423a 2004) – These are fun poems about animals, another one that would be good for toddlers and preschoolers.